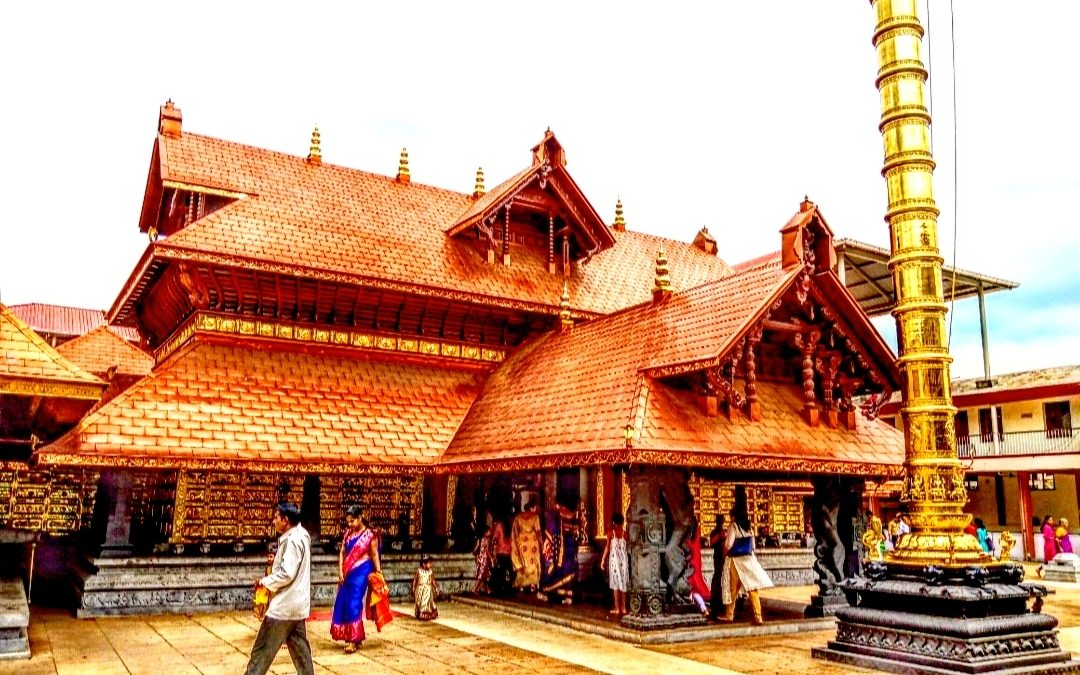 Polali Rajarajeshwari Temple is located in Polali on the banks of the river Phalguni in Kariyangala village of Bantwal taluk, Dakshina Kannada, Karnataka. The Phalguni river flows on the northern side of the temple. The temple is 19 km away from Mangalore.

The primary deity of the temple is Shri Rajarajeshwari. Polali Rajarajeshwari temple was constructed in the 8th century AD by King Suratha and has been developed by many dynasties which ruled over the region. The idol of Shri Rajarajeshwari is fully molded from clay with special medicinal properties. The temple portrays Hindu architecture with roofs adorned with wooden carvings of gods and copper plates. Daily and special poojas are conducted in the temple under the auspices of the head priest Madhava Bhat. The daily poojas include a morning pooja, which is conducted at 8.30 am; the noon Mahapooja at 12.30 pm and night pooja at 8.30 pm.

According to inscriptions discovered in the vicinity of the temple, the temple around the clay idol was built in 8th century AD. It is a widely held belief that the temple was built by King Suratha, and that the king offered his own crown. It is studded with precious jewels and placed on the head of the deity. The king lost most of his kingdom in a war and was betrayed by his own ministers. He is believed to have taken refuge under a sage named Sumedha in forests located around what is the location of the temple now.

The clay idol of the main deity in Polali Rajarajeshwari temple is historically believed to be up to 5000 years old. The king is reported to have carved the clay idol of Shri Rajarajeshwari himself and offered penance to the deity in return for his kingdom. Many ancient inscriptions alluding to the temple were reported around the temple, but were lost over time primarily due to the neglect of their keepers. The remaining inscriptions, which are available today were obtained in Kariyangala village, Ammunje and in the temple itself.

Kings from the Alupa dynasty, which ruled the region around 710 AD to 720 AD were particularly noted to have contributed to the development of the temple and to have encouraged the worship of Shri Rajarajeshwari in the region. In later years, Queen Chennammaji of Keladi is reported to have visited the temple and gifted the temple with a grand chariot. 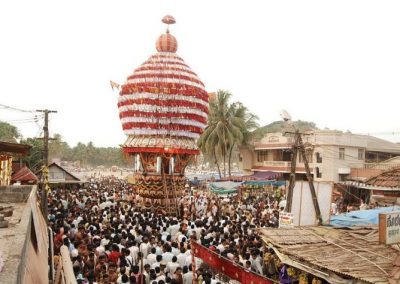 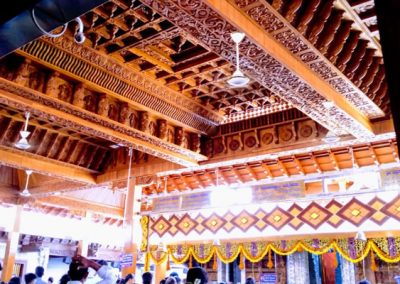 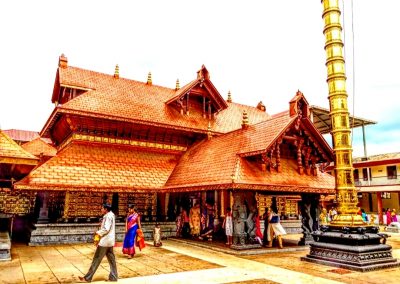 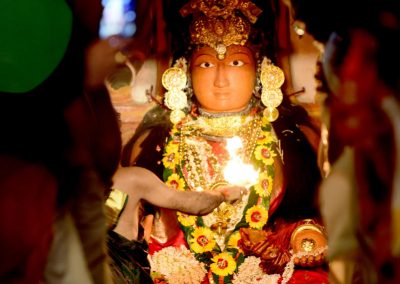 You can get there using these directions