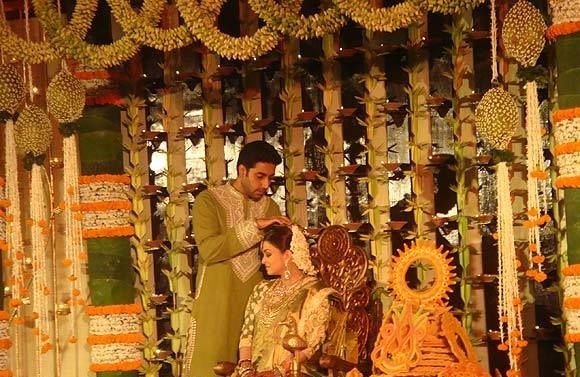 Customs have always played a role of great prominence in the lives of Bunts. Every nook and corner in Tulunadu brings with itself a new set of customs. From birth till death, inhabitants here become a part and witness to innumerable customs. These varied customs invoke great curiosity in the minds of the younger generation and want to learn its significance. The customs to a great extent are a reflection of the lifestyle of Bunt community.

Contents hide
1 What is Bayake?
2 When should the Bayake be held?
3 Who should conduct the Bayake?
4 Choose an auspicious day
5 Who should be invited to the Bayake?
6 Kori Katta
7 Kori Budpuni
8 Gifting of Poo Sere
9 Dressing up of the Mother-to-be
10 Bayake Ceremony
11 Aarti
12 Feeding children
13 Adi Lakavni
14 Lunch
15 Exit
16 Tammana
17 How many Bayake’s should be held?

A Bayake / baby shower is a ceremony that celebrates the first pregnancy of the daughter in law (marmal) of the house at which presents are given to her. At the Bayake, the mother to be (banjinal) is showered with love and blessings. The banjinal has to now prepare herself for the final months before delivery, and eat whatever her heart desires. (Bayake in Tulu means desire).

During the initial months of pregnancy there are limitations to what the pregnant mother can eat. So on the day of the ‘Bayake’ she has the liberty to go past all her dietary restrictions and eat whatever her heart desires!

When should the Bayake be held?

Bayake is held when the woman is in her 5th or 7th or 9th months of pregnancy, usually the odd numbered months are chosen for good luck – but the 9th month might be too late. So, the celebration is usually at the seventh month to welcome the new member to the family and to bless the expectant mother with the joys of motherhood. Besides, it just doesn’t seem real if the expectant mom isn’t sporting a big belly.

Who should conduct the Bayake?

Bayake is hosted by the mother–in–law (Mami) of the Banjinal. The mother to be’s folks go to their daughter’s, Mami’s house. Due to space constraints in modern times it’s held in halls. The two families have a get together with good food and the banjinal’s parents take this as an opportunity to take their daughter to their place for the delivery and the 40 days after the delivery.

When setting a date for the function, a good day is selected after consulting a priest or astrologer. The Bayake should take place at an auspicious time.

Who should be invited to the Bayake?

Traditionally it is attended by the women-folk, but inviting both women and men for the function is getting popular with the dads being more involved. It all depends on what sort of function and where you’re planning. The guest list is usually made up of close friends and family.

In the olden days food items were prepared at home. The previous day of Bayake, the banjinal places a big traditional banale/ kadai (a type of thick, circular, and deep cooking pot) on a stove (dikkel) and pours oil into it to initiate the cooking process. Then others take over the cooking.

The previous day of the Bayake a Kori Katta is held near the in laws house. The robust cocks fight against each other. The victors are given a round of first aid and kept at home while the defeated cock’s end up on the Bayake table the next day.

From the banjinal’s mother’s house a Tilavu Laaki (a hen which has matured but has not starting laying eggs) is taken to the in laws house. In the morning, after her bath, the banjinal wears a new sari. She then proceeds to the ‘Tulsi Katta’ (sacred Tulsi plant) to pray. After a brief prayer, she stands facing east (as the sun rises in the East, she stands facing east).

The Mami (she must be a sumangali or the maitidi / sister in law can also perform the custom) takes the hen and wets its legs. Then she removes few feathers and feeds rice grains to the hen. Then she blesses the girl over her head with the Tilavu Laaki three times. Then the hen is left in the Mami’s compound to live and lay eggs. The significance of this ritual is that if there is any dosha (bad factors/ effects) it is passed on to the hen. It is believed that the hen will lay eggs & hatch chicks during the same time of the marmal’s delivery.

Then the mami keeps one bundle of Jasmines (1 chend mallige), the auspicious green color silk sari (Pachche da patte sere), blouse, jewellery to be gifted, green and red glass bangles, along with one sealed Pingara (fertile Areca flower) and Kum Kum in a Harivana. Sometimes even two saris are gifted. It is then kept in the Daiva Sthana of Varthe (as she is a female daiva) or in front of Goddess Laxmi or any other Goddess, to seek blessings. Both the families pray. The Yajman of the house prays to the family Daivas, gods & seeks blessings.

Then the banjinal stands on a paje with five ladies from her house behind her facing east. The Mami’s women relatives stand behind the mami. The Mami gives the Harivana to the banjinal’s female relatives over her head three times and finally hands it to the banjinal. The banjinal thanks her Mami by touching her feet. She then opens the Pingara, and removes 1 petal (yesal) and keeps on her hair

The significance of Green colour is that it is color of nature, fertility, life and growth.

Dressing up of the Mother-to-be

The banjinal then gets ready for the function. She will now wear the green sari, blouse & the jewellery gifted to her. Her hair will be decked up with Jasmine flowers. She will dress like a bride and will wear a lot of jewellery. Her family members will help her. She will also slip into her wrists the green and red glass bangles. She will carry in her right hand the betel nut, betel leaves and small silver knife (Bolli da gejje katti) to protect her and her unborn child both from evil spirits.

When she is ready she will be led by her sister-in-law (husband’s sister/ maitidi). A tall kaldeepa (wick lamp) is kept to the right of the chair. It is decorated with flowers and lit by the mami. The maitidi and banjinal will take three rounds clockwise of the decorated chair and the stool kept in front of the chair. The banjinal sits on the decorated chair. Then the Baike ceremony begins. A big flat Harivana with two handles is kept on a stool in front of her. This Harivana is traditionally used for such occasions. Or a broad and flat wooden marai can also be used. Three kodi banana leaves (front half of the banana leaf) is laid on the plate as it’s used in all auspicious ceremonies. The function takes place in the main hall of the house (chavadi) and the banjinal always faces east.

Laying out a feast before her or Balasuni:
Fruits, assorted sweets and savories are served to the banjinal by the mami. Usually 9 or 11 varieties (bage) of food items are served to the banjinal. Odd number is chosen for good luck. The items should also be of big size. Usually 10 numbers of each item is prepared. One extra may be made to be on the safer side as broken sweets & savories are not served to the expectant mother. To serve, take 10 and serve only 9. One is saved and should be taken back. Now days the mami takes these extra items back to her home.

The next sequence is as follows:

Then 5 sumangalis (a Sumangali is a married woman living with her husband) perform aarti to the banjinal while she remains seated. The arati tray (harivana) is rotated in a circular motion in front of the banjinal in clockwise direction. They will sing a Shobana or a baby shower song. They will put kum kum (to ward off the evil eye) and then put sese. Rice is placed or thrown on her head. Aarti is performed to welcome the new member and to celebrate the auspicious occasion. Now a days the mami opens the pingara and gives it to her son. He puts the pingara on her hair. This Pingara is not given earlier.

Two children, a female and male child are made to sit on either side of the banjinal. Then the banjinal feeds the male or the female child an egg depending on what child she wants first and then takes a bite of the boiled egg. Then the mami tells the banjinal to eat the greens. A tumbler of Kali (toddy) is also kept for her to drink. Now a days they keep a glass of milk to which puffed rice is added. A few family members feed the banjinal a spoon of the milk and few goodies from her tray. Other invitees will now put sese and bless her.

The remaining food on her harivana is sent with her to her mother’s house which she will distribute some to her relatives & some she will enjoy at leisure. In the olden days the journey to her mother’s home was long and tedious. So food was provided to the pregnant lady to eat during her journey.

After the above ceremony, the harivana on which the food was served is gently lifted & put back, in keeping with the dictates of tradition. The banjinal can now get up from her chair and she will be helped up by her maitidi.

The banjinal will be served a typical Bunt non vegetarian fare by her mami on a Banana leaf (Only kodi ere is used). Kori Ajadina, moode, kori rotti, rice, payasa, etc will be in the menu.

In some parts of Tulunadu after serving the banjinal, the same food is served to a Sumangali tribal mother on a tadpe. Along with the food, the saved sweets during the balasuna ceremony are also given to her with presents like money and sari. The banjinal pours a little coconut oil or till oil on the tribal’s hair. Usually a ranka (oil measurement in Tulu) of oil is given to her. The tribal woman will carry the rest home. The tribal woman will now touch the banjinal & bless her. This custom is rarely followed today!

The exit from the place of the Bayake takes place at an appointed time, according to the muhurta. No important function is considered complete without invoking the blessings of the elders by touching their feet. So the banjinal will seek the blessings of all elders present. After receiving aashirwada or blessings she takes her leave. When she goes to her mother’s house she is given a packet of medicinal herbs to be used after delivery in her mum’s house.

The mother of the banjinal also arranges for a non-vegetarian feast for her once she reaches her home. She will also give gifts to her daughter, blessings and prays for her and the baby’s wellbeing.

How many Bayake’s should be held?

Usually, only one Bayake is held for the marmal. If she conceives again after a gap of 12 years, then another Bayake is held. A second bayake is also held when she is carrying her 13th child. Here it is important to note that all her 12 children should be alive.

Isn’t amazing how rich our Tulunadu customs are? The customs have got diluted over the years and the way it is done now is the modern version. Baike is a wonderful way for family & friends to come together and celebrate the arrival of a new member. It remains to be seen how many generations can take this custom forward.

Source: With permission from www.delhibunts.com