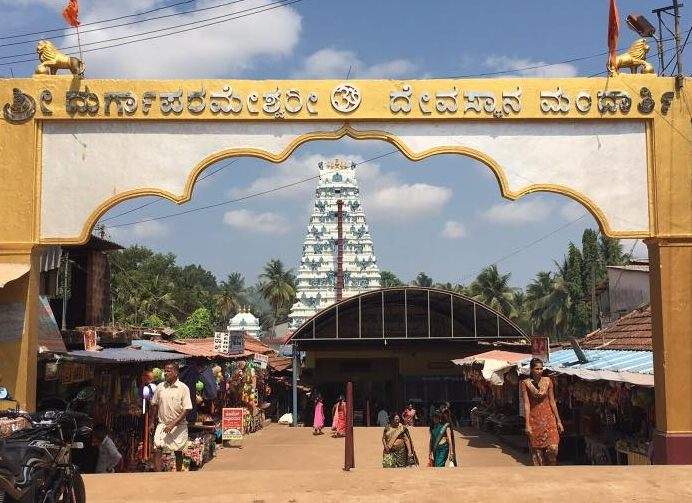 Devotees from across the state offer Yakshagana Harake seva as a way of thanksgiving at Mandarthi Durgaparameshwari Temple. Harake Seva is a performance on request by a devotee who promised to arrange a show of Yakshagana, if a wish was granted. Prasadam lunch is served at 1 pm and dinner at 8 pm to all devotees.

They went to Kailasa aspiring to marry Lord Subramanya Swamy, son of Lord Shiva. However, the five princesses were stopped by Nandi (Lord Shiva’s devotee) on their way and cursed to become snakes. Instantaneously they were transformed into snakes and fell down to earth. When Vyaghrapada Maharishi who was wandering in the Sahyadri Ghats saw these five snakes caught in a major forest fire. He knew everything about them by his divine vision and told the princesses (now snakes) that their curse would be removed by a King in due course of time.

Meanwhile Devavarma, King of Avanthi, who was banished from his kingdom was wandering in disguise in Sahyadri Mountains. He saw these five snakes and decided to save them. He wrapped the snakes with a piece of cloth and started travelling towards the west. The snakes slid out of the cloth wrapper and reached a nearby termite hill. One of the snakes called “Mandarathi” reached a part of forest, which came to be called as “Mandarthi” later.

The Nagakanyas appeared in the dream of King Devavarma and conveyed to him that Jalajakshi, the only princess of the King Rajaditya, was in danger. Devavarma promptly saved the princess from danger and protected her. King Rajaditya was greatly pleased by this and gave his daughter Jalajakshi in marriage to Devavarma. Devavarma was also crowned as the King of Hemadri.

Later Mahisha, a demon, cast his evil lustful eyes on the queen Jalajaskhi. Mahisha expressed his desire to marry her. But when the queen opposed him, he became enraged and tried to possess her by force and violence. But all the efforts made by Mahisha were fruitless. The queen Jalajakshi who was deeply hurt and sad went to her palace and told the story to her husband Devavarma. Later both of them decided to take shelter in the hermitage of Sudevamuni. Then, Mahisha became angry with the Muni for giving shelter to the royal couple and sent “Mahodara” a demon to attack his hermitage.

Sage Sudeavamuni was a great Tapaswi who had supernatural powers. He prayed to mother Durga to protect his ashram and the royal couple from Mahodara. All of a sudden a huge termite hill appeared before the demon and swallowed all the weapons used by him. When Mahisha himself started fighting against the Muni, the royal couple prayed to Divine mother Durga for protection.

Then she appeared with all her might and splendor and ordered the divine spirits (Buthaganas) Veerabhadra, Haiguli, Kallukuttiga, Bobbarya to destroy all the demons. Ultimately the demon Mahisha surrendered to the Divine Mother and asked for a boon that the devotees who would do “Kenda Seva” should be amply rewarded. Later Mahisha laid his soul at the feet of the Divine mother.

Sage Sudeva and the royal couple prayed to the goddess Durga with fervent devotion .Then mother Durga blessed them with assurance that she would manifest here at Mandarthi with all her power as Vana Durga.

Later Devavarma found the idol of Durga in Varahi River as was guided to him by the Lord Subramanya Swamy in a dream and consecrated it with all devotion. Vana durge was worshipped by the Barkur dynasty. All festivals, functions in the dynasty were initiated by performing puja at Vana Durge of Mandarthi. As Vana Durge, the idol had both the hands pointing downwards, unlike the idol of today in which the right hand is pointing upwards.

It is said that more than 1500 years ago, due to the violent nature of Vana Durge, generations of archaka families used to get destroyed as punishment to the minute mistakes that used to happen in the kshetra. This phenomenon happened in every generation. When there was nobody left in the archaka family, the King of Barkur brought a Tulu brahmin family from Alevoor in Udupi District in order to carry out the temple activities. These families can be found today in the surrounding of the temple.

It has been found in the records that during the times of 17th and 18th Century, all the children in the families of archaka used to die leaving only one of the children to carry out the day to day temple work. This phenomenon occurred throughout generations of archaka families. In the 18th century, a solution was found out by the groups of archakas to convert the Vana Durge to Durgaparameshwari. During this process a new idol was installed with one of the hands pointing up making Varada hasta. The old idol with both the hands pointing down used to be in the Tulsi katte in front of Veerabhadra until recently when it was removed by temple trust while renovating.

The temple has been renovated three times till now. The most recent renovation was done during 1956. This date can be found even today in the pillars of the temple.

Devotees of Sri Durgaparameshwari also consider a visit to Kateel a worthwhile one. 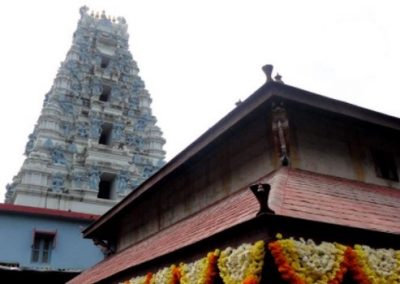 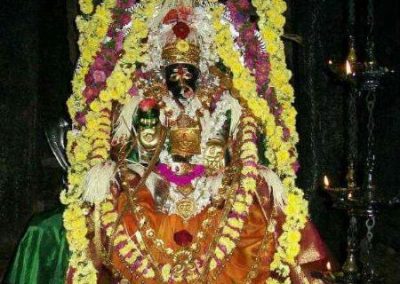 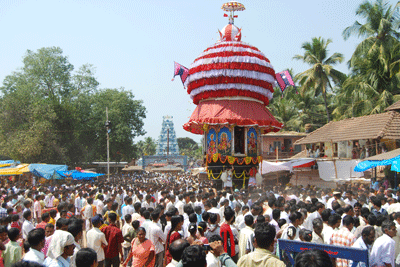 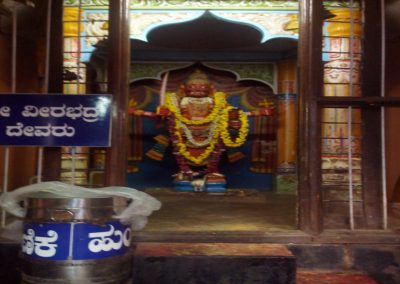 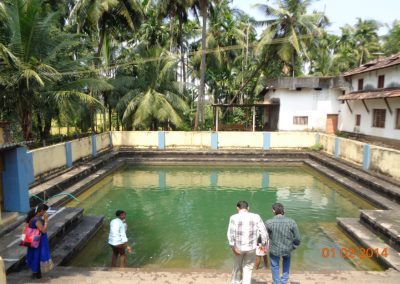 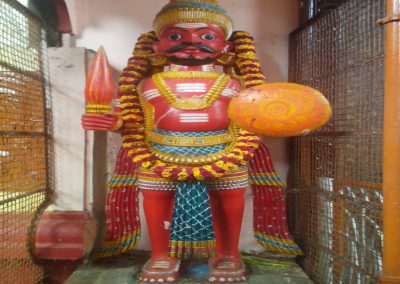 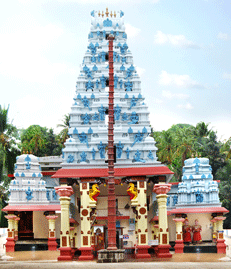 You can use this map to visit the temple