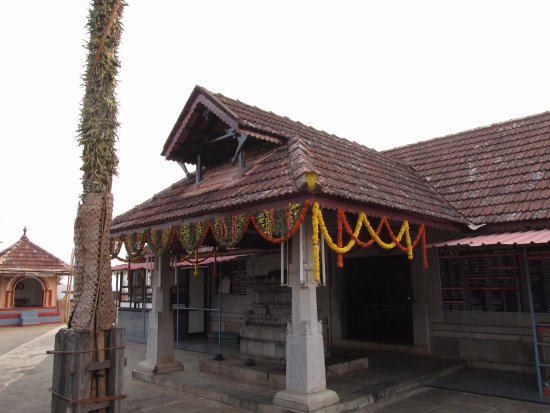 Somanatha Temple is surrounded by Someshwara beach, located near a fort built by Queen Abbakka Rani. It is situated adjoining the Arabian Sea along the Western Ghats of South India and 13 km south of Mangalore. Presiding deity here is Lord Shiva and the temple is adorned with beautiful sculptures. In the temple premises there is the statue of great sage Parusharama. As per mythology, the coastal region of Karnataka (along with Kerala) was the creation of Parusharama.

The pooja timings are 6 am to 1 pm and 5 pm to 8 pm with Mahapooja at 12 noon. During Annual Jathra, the temple will remain open whole day and night.

Sanctorium of Lord Somanatha at Shree Kshetra Someshwara is considered to be on the same pedestal as the 12 sacred Jyothirlingas of Indian sub-continent. The kshetra is known as Rudrapada Kshetra, and is also a famous pilgrimage centre for performing Pitrakrayas (last rituals of departed soul). It is also a hot tourist spot known for its beautiful scenic spot for viewing the sunset and for its beach. The Temple has been built at an elevated spot in form of fort and it has its own legendary history.

It is believed that King Kharasura built this temple and worshipped Lord Somanatha. Kharasura was the relative of Ravana, the demon King and as such the temple is believed to have been existing from Ramayana period of Trethayuga. It is also believed that Pandavas of Mahabharata times visited this place and worshipped Lord Somanatha. A lake near Somanatha temple is called as “Gadha Teertha” said to have been built by Bhimasena.

Historically it is said to have been built by Kings of Alupa Dynasty in 10th century A.D. The temple was under the Administrative rule of Kadambas of Banavasi, and Choula Kings of Ullala of 12th Centrury A.D. The two inscriptions found in the temple say that it was renovated in 15th Century A.D. at the time of Vijayanagara King Immadi Devaraya by Rajaguru Sree Kriyashaktri Devavodeya.

The temple is surrounded by Nagabana on its southwestern side and has a Udhbhava Naga and there are other temples of Lord Siddivinayaka, Lord Gopala Krishna, Lord Janardhana and Raktheswari.

The Jathra Mahotsava is the grand festival held here. It is a seven days ritual with many poojas and splendour. Laksha Deepotsava in the temple is held in Tula masa. On the day Kshetra pooja is held in the beginning and then Appada pooje and Ranga pooja of Sri Siddivinayaka is held. On Shivarathri day, Shiva pooja, Ranga pooja rituals are held and Bhootabali is given. 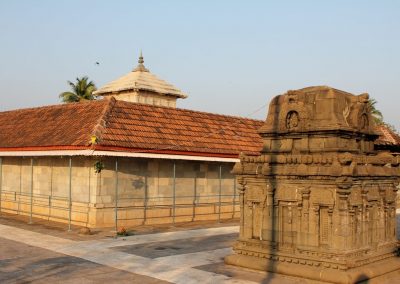 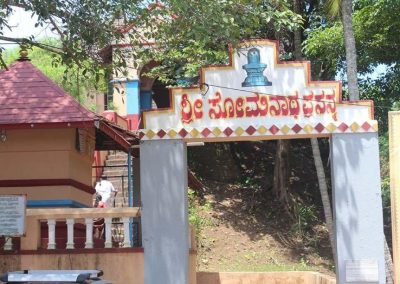 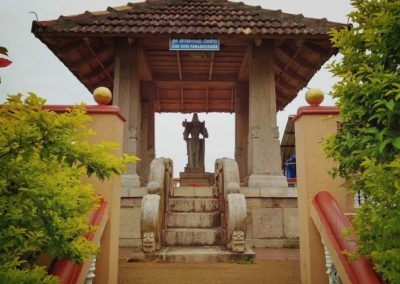 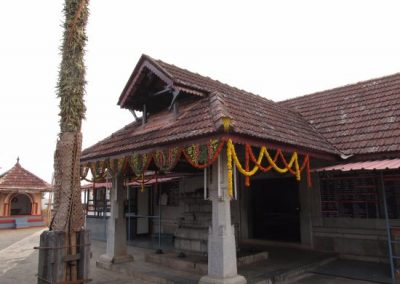