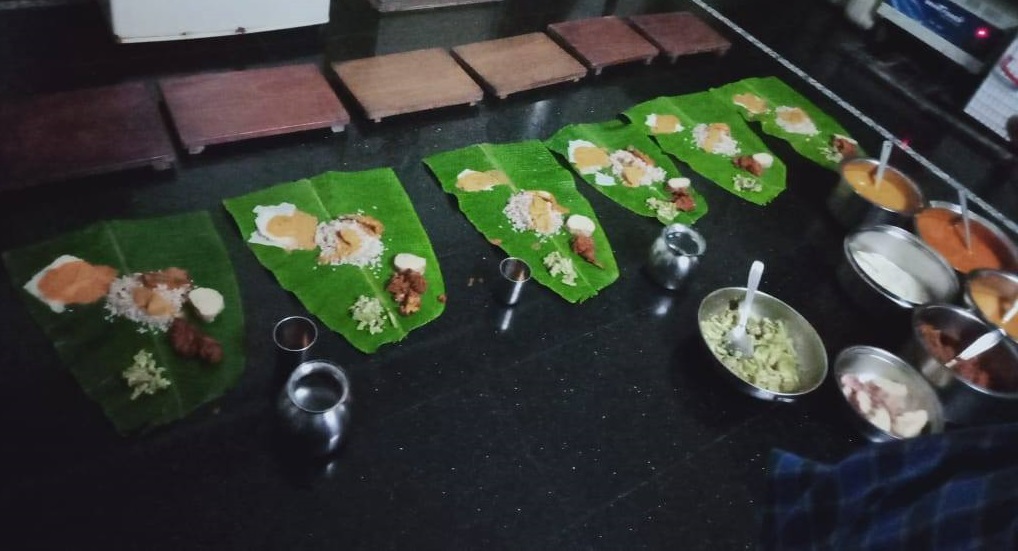 Agel Balasunu is a tradition of remembering and pleasing the deceased members of the family. In most families in Tulunadu region, this ritual is performed on the day of Aatida Amavasye, as it is believed that all spirits descend in the region on that day. Agel Balasunu as a practice of honoring the dead is common in rest of the world in different forms. In the rest of India, this tradition is called by different names – some of them say Pitru Paksha.

From the Western world to Africa to China, festivals for the departed can be found. Halloween in the Americas or Dia de Muertos (Day of the Dead) in Mexico, Latin America have their own celebration tones. The Qingming festival is a traditional Chinese festival similar in nature, usually occurring around April 5th. Buddhists and Taoists also celebrate the Ghost Month, when they believe that ghosts and spirits come out from the underworld to visit earth. The Bon Festival is a Japanese Buddhist holiday held in August to honor the spirits of departed ancestors.

Throughout the year, many cultures have a specific time to honor the dead. While these may differ in customs, all of them have the same thing in common i.e. cherish the memories of loved ones no longer with us. People in some cultures go to cemeteries to be with the souls of the departed.  They may build private altars containing the favorite foods and beverages, as well as photos and memorabilia, of their lost loved ones. These actions are intended to encourage visits by the souls, so that they hear prayers of the living directed to them.

In Tulunadu, the ritual of pleasing the deceased souls is usually done in the form of simple prayers and serving food on a plantain leaf (always the leaf tip). Called as “Agel Balusunu” in Tulu, this consists of serving non-veg curries like dry fish curry (usually Kollataru – baby Silver Fish), chicken sukka along with rice on a banana leaf. Side dishes of vegetable curries are also served. “Mane” (low wooden seat) is placed behind each ‘Agel’ for the deceased soul of the family to comfortably sit. Usually the dry fish curry is served first on the leaf, followed by rice, chicken and rest of the dishes.

Sixteen such leaves are placed side by side in a row as a way to invite all the family members from the past.

Besides in one glass, a small quantity of ‘Gangasara’ (liquor) is kept in front of each Agel. One plantain leaf with betel leaves, arecanut, lime, tobacco leaf, beedi and snuff are also separately kept in front of the Agel. These items are kept with the understanding that those who were chewing betel leaves, smoking beedis or snuff when they were alive, will be honored while accepting the Agel and they too get their choices.

At the center of the ‘Agel’ kept in sixteen leaves, water is placed in a copper or steel vessel (chembu in Tulu) on a clean white towel (byras in Tulu). Once the food serving formalities are done, all the family members (both ladies and gents) assemble in front of the ‘Agel’. This is to welcome the deceased souls of the family to this treat. The elder in the family makes a small prayer with a request to the departed souls to accept the offerings, bless the family and visit every year on this day of Aatidha Amavasye. Once the prayer is finished, the door of the room is closed and everybody steps out.

After sometime (ten minutes or so), they can enter the room, sprinkle the water from the vessel on the Agel and distribute the contents of the Agel among all members of the family like Prasadam.

It is believed that once this “Agel Balasunu” practice is started, it should be continued every year. It has formed an integral part of life for the Tuluvas who respect and care for the dead in their own unique way.

For more such interesting traditions of the region check out this page.