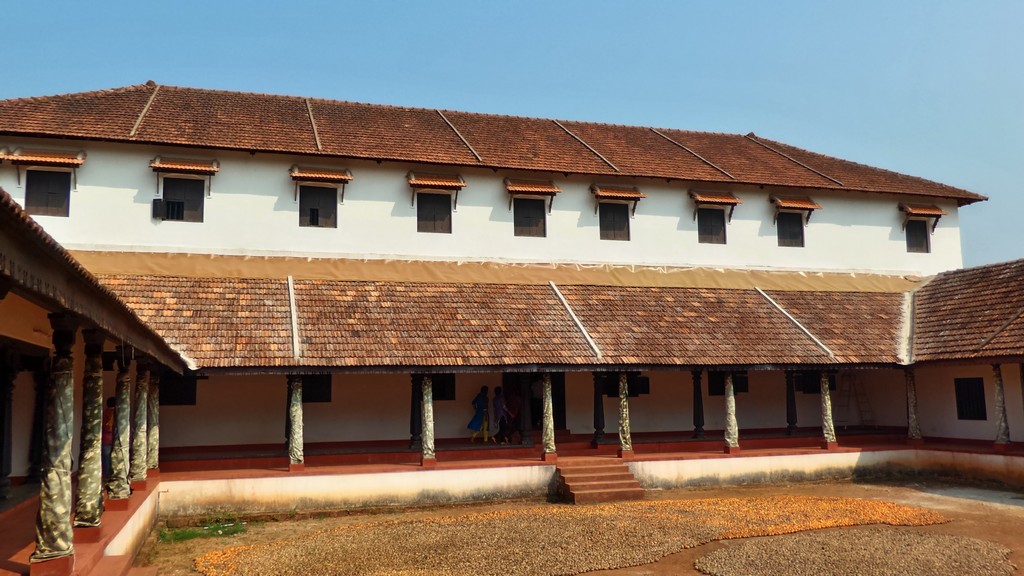 Matrilineal system or Aliyasantana custom is followed by Bunts in Tulunadu region. This social system is unique to the region compared to rest of the country. The other places in India known to follow the matrilineal lineage is Nair community in Kerala and in Meghalaya. The system is designed to retain property within the family and support the joint family system. Property inheritance is via the female branch of the family (or Aliya kattu).

When a Bunt says he belongs to a certain family, he means his mother’s side of the family as against father’s in other communities.  It is pertinent to note that while the inheritance is matrilineal, the head of the household remains a male member and follows the patriarchal way of living in Tulunadu.

Bunts have always been a prominent land owing community, worshiping their family Daivas while also  supporting and managing village temples, acting as village guardians.  There are several historical studies on how this region started following the matrilineal inheritance practices. There is historical evidence pointing to Aliyasantana practice being predominantly followed by people of Tulunadu region between the 12th and 16th centuries.

The most popular belief is that men folk in the community had to constantly engage in wars as part of their duties to the local rulers. There was a need for men to be away from home for long periods and sometimes lead to untimely deaths, at times even before marriage. This led to women gaining prominence as part of an effort to preserve the family lineage. It seemed like the best solution to retain the wealth within the family and fill a possible inheritance vacuum.

The earliest epigraph in relation to Aliyasantana practice is from the 10th Century AD. There are other legends of a king, Bhutala Pandya, who was responsible for propagating this practice. However there is no historical backing for the same.

Tenets of the Inheritance system

Among Tuluvas, brothers usually manage the family property on behalf of their sister. The Mama is generally the male head of the family and known as ‘Gurikare’ in Tulu or ‘Yajamana’ in Kannada.

According to this system, ancestral property is passed down from mother to daughter. Sons are entitled to one share at the time of partition or sale, while their children have no claim (beyond their father’s single share). Upon the son’s death, their nephews (sister’s sons) took over the running of the property and their families were expected to return to their matriarchal homes. Daughters, on the other hand, can lay claim to one share each for every single living member of their individual household through multiple generations.

Having a daughter in Tuluva culture was therefore crucial to carry on one’s line of descent. The system vested enormous responsibility, importance, social standing, respect, and economic independence to women in the community. Thus the women, called Yejamanthi, took the major responsibility of running the household as well as guarding and managing sprawling properties.

It was due to this system that maternal uncle was attached more importance than paternal. Surnames from the maternal side were adopted with the mother’s ancestral family name being a suffix to the name of an individual. In the Aliyasantana system, the inheritance rules become applicable only in respect of inherited family property and not for property acquired by an individual during his / her lifetime.

In times when joint family system was common, the male head of the family (Yejman), the female head (Yejmanthi) and the rest of the family including sisters, nephews, nieces lived in the same house. Guthu homes were designed keeping this tradition alive. Large land holdings had to be managed and they were leased out to tenants on a hereditary basis. After the Land Reforms Act was passed in India, the tenants became owners of the land they tilled. It also formalized the transition of bunt’s inheritance rules to the Hindu code of individual rights.