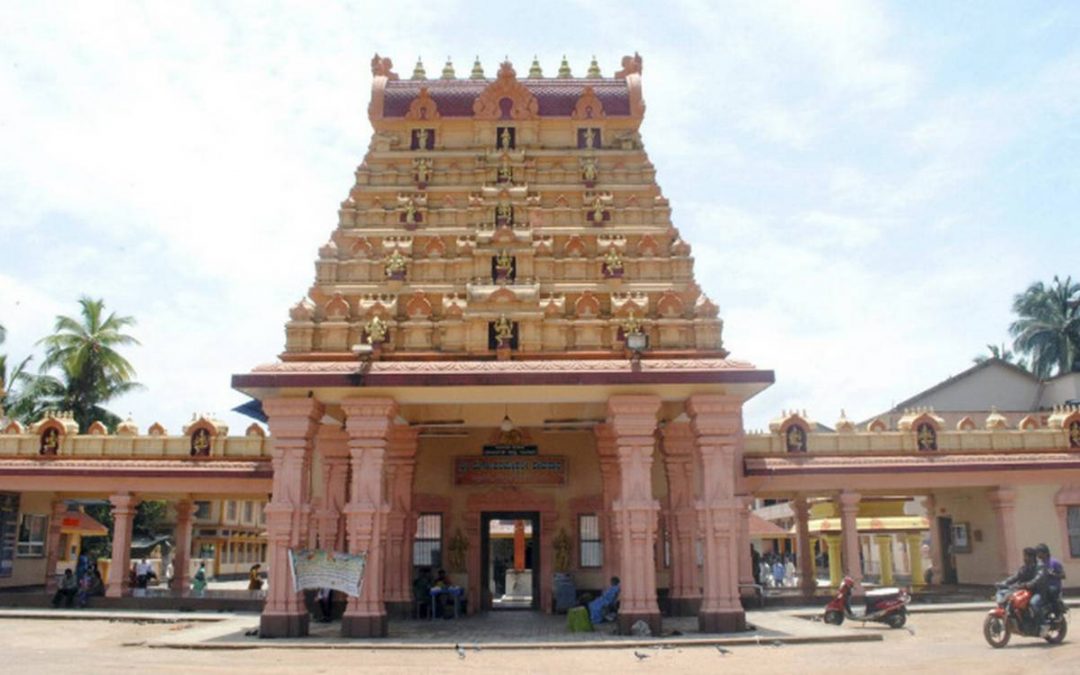 Bappanadu Sri Durgaparameshwari Temple is located on the bank of Shambhavi River at Bappanadu village, Mulki. It is 29 kms from Mangalore along NH 17 towards Udupi. The temple’s main deity is Goddess Sri Durgaparameshwari, called ‘Ulladi’ by the Tuluvas. Annual festival (Brahma Rathotsava) of the temple is in April month.

Bappanadu Sri Durgaparameshwari temple is one of the main Shakti worship Centre in Mangalore. Here main deity is in the form of Linga (symbolic statue) which is unique about this temple. Five Lingas are worshipped as Moola Durga, Agni Durga, Jala Durga, Vana Durga and Agra Durga on a single Panipeeta with the idol of Durga kept in front.

As per mythology, the Goddess was responsible for slaying the demon Darigasura. The demon until then had proved to be powerful over the Devas, due to a boon granted by Lord Brahma. After the demon was annihilated, the Goddess and her sisters, collectively known as the Sapta Durgas, left their heavenly abode and settled down near Mulki for the benefit of the devotees on earth. It is said the Goddess emerged in symbolic form at the conjunction of Shambhavi and Nandini Rivers in Mulki.

In due course, Bappa Beary, a Muslim merchant from Kerala, was sailing through the Shambhavi River for trade. When the boat reached Mulki, it stopped suddenly mid-river, having hit an underwater obstacle. The obstacle turned out to be the five lingas and pedestals of the temple that had collapsed recently due to flooding of the river. The waters of the river turned blood-red and Bappa, a devout man, immediately did his namaaz and slept in the stuck boat. The Goddess appeared in his dream and asked him to build a temple for her.

With the help of a local Jain ruler, Mulki Sawantha, Bappa Beary spent his entire wealth building the temple. Poojas were solemnised with the help of Baila Udupa (priest). Bappa also settled down nearby, making Mulki his home. In his honour, the area came to be known as Bappanadu meaning Bappa’s village.

A Yakshagana, “Bappanadu Kshetra Mahatme”, us frequently staged by the local troupes for the last 40 years. It features Bappa Beary and the story of the temple that he helped build.

The Muslim community in the area is known to perform special prayers for marriages in the family and other rituals at the temple. Community feeding at the temple is done on Fridays, where people of all faiths congregate for the sacred meal. The temple is a modern-day testimony to communal harmony with the rare practice of Muslims accepting the prasada (blessings of the deity). The communal harmony enabled by the temple extends to Christians in the area too. Local Christians in the jasmine flower business sell flowers only to the temple during the festival time, despite heavy demand from other parts of the state.

The one other place such a phenomenon of people of other religion visit a temple can be seen in Mundkur Durgaparameshwari temple where Jains join the temple festivities.

The Temple is also famous for its Bappanadu’s Dolu (musical drum), a large drum featured at the entrance of the temple. Bappanadu Dolu is well known for it’s beating all over Tulunadu region. Beating of drums while local rulers and landlords visited the temple during festival was an age-old tradition. During annual festival time, a certain community empowered to perform the drum beating render this service to the deity with great enthusiasm and devotion. Temple authority would pay honorarium to these drum beaters.

It is also believed by the local community that wayward youngsters are transformed into responsible ones by beating drums at the temple. 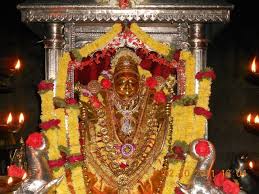 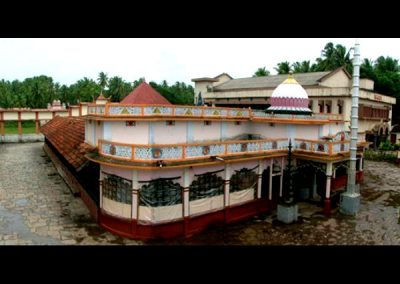 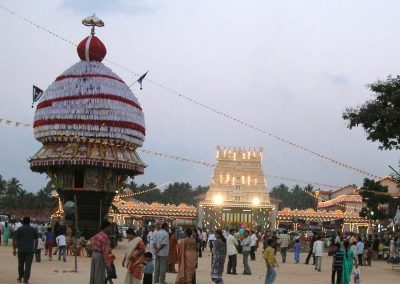 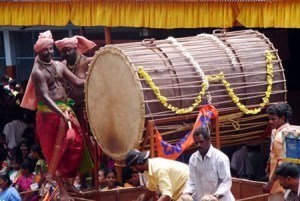 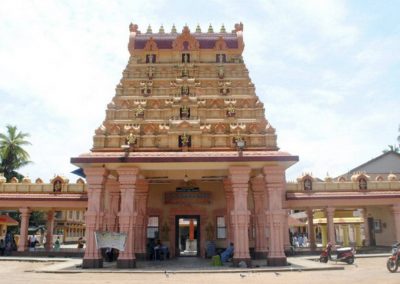 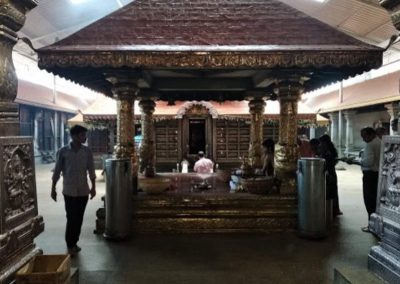