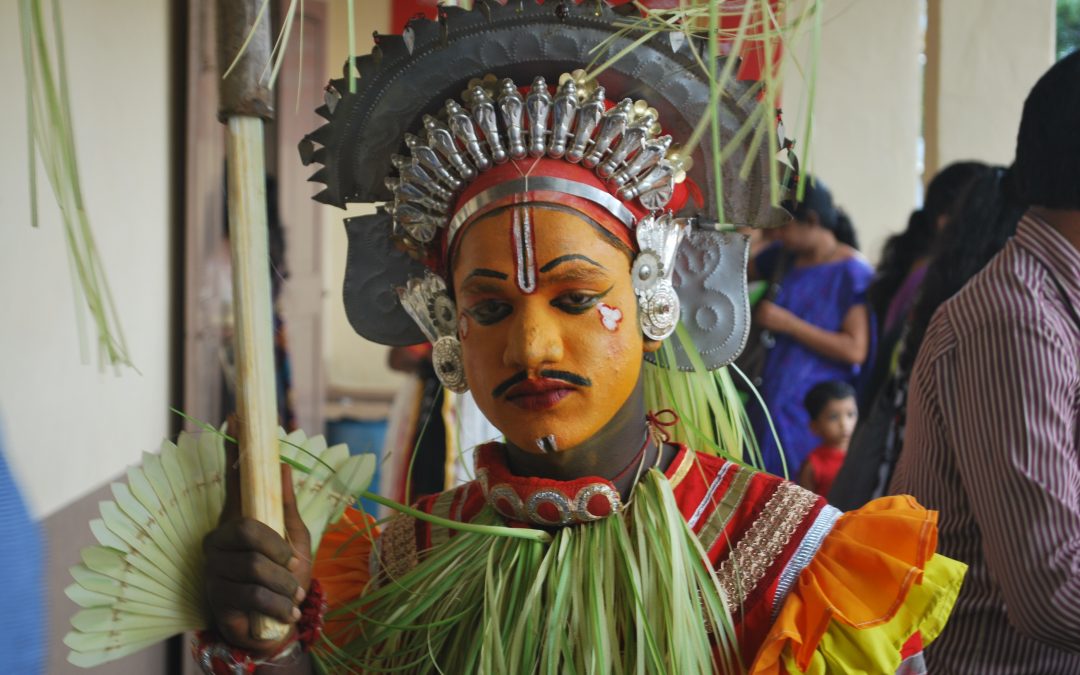 Aati Kalenja is an agricultural dance tradition that traces its roots to times when agriculture started in Tulunadu. During July and August (Aati month as per Tuluva calendar), the farmer stops agricultural activities due to heavy monsoons. The rituals associated with this month of the Tulu calendar are linked to the agrarian practices of the region.

Aati Kalenja is a traditional way of dealing with nature to protect humans by bringing in the spirit of Kalenja to the earth. It is a performance which begins on Poove, the day before the full moon and continues till the end of the month.

The person who masquerades as Kalenja has a haldi (turmeric) painted face, eyebrows, lips, and eyes accentuated with black liner and is adorned in a costume made of coconut tree palms. He also wears a head gear made of areca leaves that jut upwards adding to his height, anklets that ring with every step, and most distinctly carries a parasol (a form of umbrella) made of leaves that is twirled continuously. The sight of this colorful “Aati Kalenja” makes it special in the background of lush greenery during monsoon and swirling streams all around.

The dance procedure includes going from door to door, sprinkling a mixture of water with charcoal, turmeric, and Tamarind powder. This is done to ward off any misfortune that might have befallen on the family and the cattle by spreading positive energy. The Kalenja dances to the beats of the drum called “Tembere”. The person accompanying the Kalenja beats a drum and recites a Paddana (traditional Tulu song), Aateeku Baththe Aati Kalenja, which narrates the story of the spirit.

The dance itself is simplistic, not conforming to rules seen in other classical dances. There is no training given. The communities celebrate and dance on other occasions by clicking their heels, walking on their toes, and in general with a spring in each step.

In return, people would offer rice, vegetables and money to artists. Aati was considered as a month of disasters as it is a period of heavy rain. Though rain revives nature, it also causes natural calamities in the form of floods and landslides. Further, diseases too spread during this period. In this context, visit of Aati Kalenja to houses believed to bring prosperity.

Even though this is an oral tradition, the custom has been preserved in its original form from time immemorial. This passed on from the seniors of the village to the young performers. ‘Aati Kalenja’, though a figure of supernatural powers, remains outside the purview of Hindu mythology. There is no worship, no temples, no prayers for Aati Kalenja. There is no connected mythology in Hindu texts. He remains an integral part of the folk culture of Tulunadu region. Only during Aati, he is believed to descend and bless the land.

Aati Kalenja is unfortunately now getting confined to a few community members in remote villages. Modernized development of  overall community, education and alternate employment opportunities have led to the disappearance of this centuries old tradition. It has a close bond with paddy cultivation. Reduction in paddy cultivation too has contributed to the disappearance of the tradition. In some towns, the dance has been preserved by modifying the blessing of fields to the blessing of shops and houses. 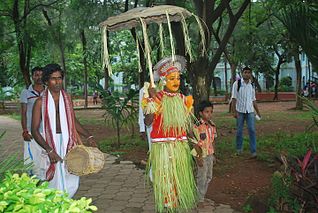 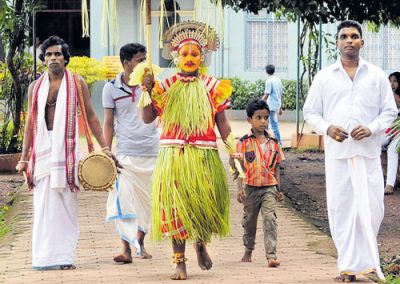 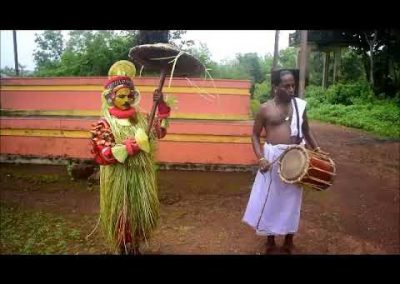 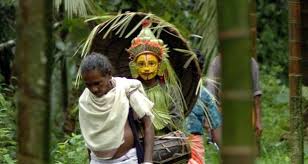 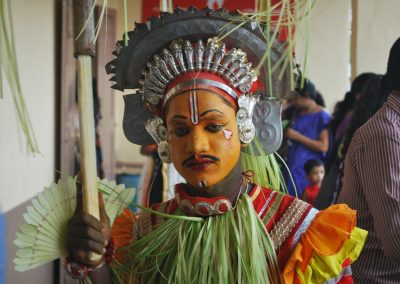