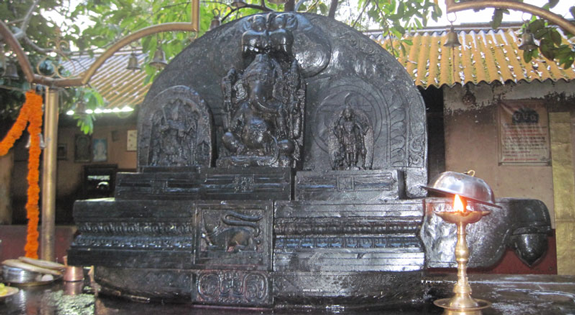 Sowthadka Mahaganapathi temple is a pilgrimage centre located at a distance of 3 km from Kokkada in Belthangadi Taluk. It is about 75 kms from Mangalore, 16 kms from Dharmastala and 35 kms from Kukke Subramanya. The specialty of the place is Sowthadka Mahaganapathi temple is in open air without a Garbhagudi or temple structure. It is surrounded by vast greenery and open round the clock for offering prayers.

The Sowthadka Mahaganapathi temple is decorated with lot of bells offered by worshippers who have made special wishes. One should watch out for monkeys inside the temple.

Mahapuja at the Sowthadka Mahaganapathi temple is performed every year in January month. The temple also serves food to all the devotees in the form of prasadam. Devotees can offer prayers to Sowthadka Mahaganapathi in the form of “Appa (or Appam)”. It is Sowthadka’s famous prasad and a very tasty preparation. This is prepared daily and anyone offering prayers can avail these at the counters. Among the special poojas performed, “Moodappa Seve” is very prominent. This involves covering the Mahaganapathi statue with Appam. Laddu prasada is available too and pretty popular for its taste.

According to the Sthala Purana, a Ganapati temple revered by a royal family was once destroyed by enemies. To protect the beautiful Ganapati idol in the temple from enemies, the local cow herds carried it along with them. They installed it in a place where cucumber was grown in plenty. Since “sowthe” means cucumber and “adka” means meadow in Kannada, the place soon gained popularity as Sowthadka.

The farmers of the place reaped huge harvests of cucumber, offered it to Lord Ganapati and even wished to build a temple there. But according to a popular belief, Ganapati graced their dreams and asked them not to build a temple for him. This was to remove all mean restrictions on devotees visiting the place to seek his blessings.

You may also want to check out another unique temple in the vicinity i.e. Surya Sadashiva Rudra Temple 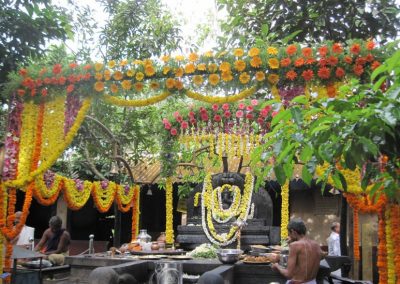 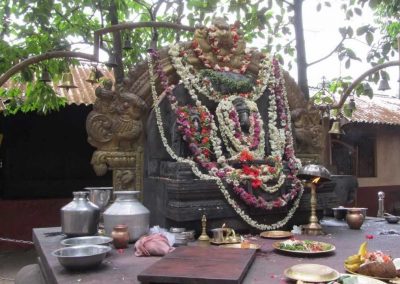 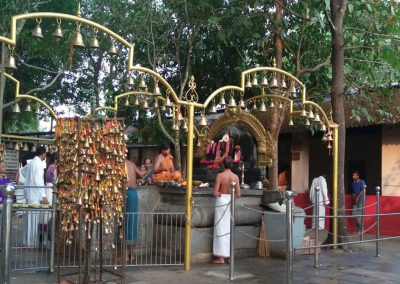 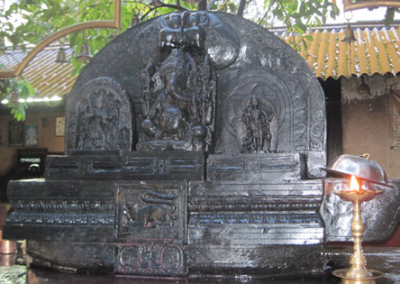 You can get there using this map.